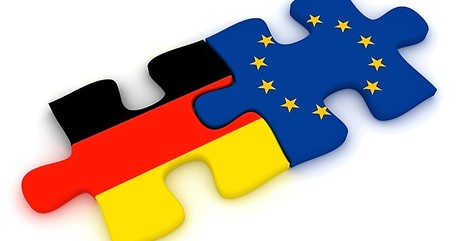 Germany is the fifth largest country in Europe

Covering an area of 357,022 square kilometres, only the Ukraine, France, Spain and Sweden are bigger.

Germany has the largest population in the EU

The population of Germany is around 80.2 million, with 3.4 million people living in the capital Berlin.

Germany is the world’s largest exporter of goods

It is the EU's largest economy – with a gross domestic product (GDP) of EUR 2,574 billion,  and lies fourth place in the world behind the US, China and Japan.

Germany has high levels of employment

Germany is a leader in climate and energy policies

The German government pledges to decommission all nuclear power stations by 2022 and to replace them with renewable energies and new storage for green electricity.

Germany has banned tuition fees in all public universities. You might think this is just great for Germany, but foreign students can also study for free!

Germany is the Land of invention

The Germans can be credited for the discovery of insulin, the invention of the clarinet, the pocket watch, the automated calculator, the light bulb, television (partly), paraffin, petrol/gasoline & Diesel engines, the automobile, the motorcycle, the jet engine, the LCD screen and the Walkman.

The German Autobahn is the oldest motorway network in the world

Completed in 1932, it is also the only one in Europe to have no general speed limit.

Germany has more cultural activities and places than any other country

Germany is the land of 'poets and thinkers'

Baeethoven and Goethe were all German, alongside composers Händel, Schumann, Mendelssohn, Brahms, Wagner and R. Strauss. Some of the world's greatest German philosophers include Kant, Hegel, Schopenhauer, Nietzsche, and Heidegger.

Germany is highly rated as a place to grow old

Life expectancy in Germany is almost 81 years (one year higher than the OEDC average) – 83 for women and 78 for men – and just over 26 percent of the population is currently over 60. Germany is a good place to retire: it ranks third (out of 91 countries) in the Global AgeWatch Index 2013 for wellbeing amongst the elderly.

Berlin's Zoologischer Garten is the largest zoo in the world

Students score higher than average on the OECD's PISA scale, and 86 percent of adults aged 25–64 have completed at least upper secondary education (equivalent of a high school diploma). That's well above the EU average of 74.2 percent

The first printing press was invented in Germany

In 1440, Johannes Gutenberg invented the printing press in the German city of Mainz. The mechanization of bookmaking led to the first mass production of books in history.

X-rays were discovered in Germany

Wilhelm Roentgen, Professor of Physics in Worzburg, Bavaria, was the first person to discover the possibility of using electromagnetic radiation to create what we now know as the x-ray.

The American author Mark Twain once declared: “I never knew before what eternity was made for. It is to give some of us a chance to learn German.”