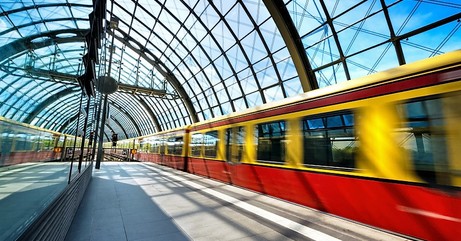 Six of the best - German cities

Planning to move to Germany? Check out six German cities that offer a great quality of life.

In the 2015 Mercer Quality of Life Survey comparing 221 cities worldwide, seven German cities were ranked in the world’s top 30 for quality of living – and three of those were in the top 10.
So if you're moving to Germany, read on to pick which German city appeals to you most.

Berlin is the capital of Germany with 3.5 million inhabitants. It is the third major tech hob in the world and expects to create 270,000 jobs in the tech job within the next 15 years. Great nightlife, affordable housing and a relaxed, laid back atmosphere. The city is also very green, with parks, forests, lakes and rivers covering an amazing third of the city. What’s not to like?

Hamburg is the second largest city in Germany with 1.7 million inhabitants. It is ranked 16th best for quality of life and 9th for the high quality of the city’s infrastructure. There are lots of green open spaces and many rivers and canals crossed by over 2,000 bridges (more than Venice and Amsterdam combined!)

Germany’s financial capital, Frankfurt, looks a little like Manhattan with its skyscraper skyline and ranks 7th in the world for quality of life, and joint 2nd with Munich for infrastructure.

Munich ranks very high in the Mercer Quality of Life Survey - 4th in quality of life and joint 2nd for infrastructure – but it is one of Europe’s most expensive cities.

Ranked 5th in the world for quality of life and infrastructure, Düsseldorf is a beautiful city straddling the Rhine river, and home to banks, industry, media companies, multi-national HQs, museums, restaurants and markets

The Stuttgart region is the heart of the German automotive industry, but the setting could not be more picturesque with it rolling hills, valleys and green parks. The city is ranked 28th place in the world for quality of life.